Anyone who knows me will know I’m a bit of a weather nut. So I was delighted today to see the temperature peak in the 40s for the first time. 40.8C to be precise.

Now it’s 9.30pm and were sitting out in a balmy breeze enjoying a beer. What a great life.

With the weather being so nice we decided to take the afternoon off and head up to Saint Robert. This is a very pretty little village just inside the Corrèze with an imposing 12th-century church and a good scattering of historic buildings including some of the ancient gateways to the village. Really it was too hot this afternoon for any serious exploring with the temperature at home pushing 40C, but I still managed to get some pictures. You can read more on the history of the place on the Saint Robert website. 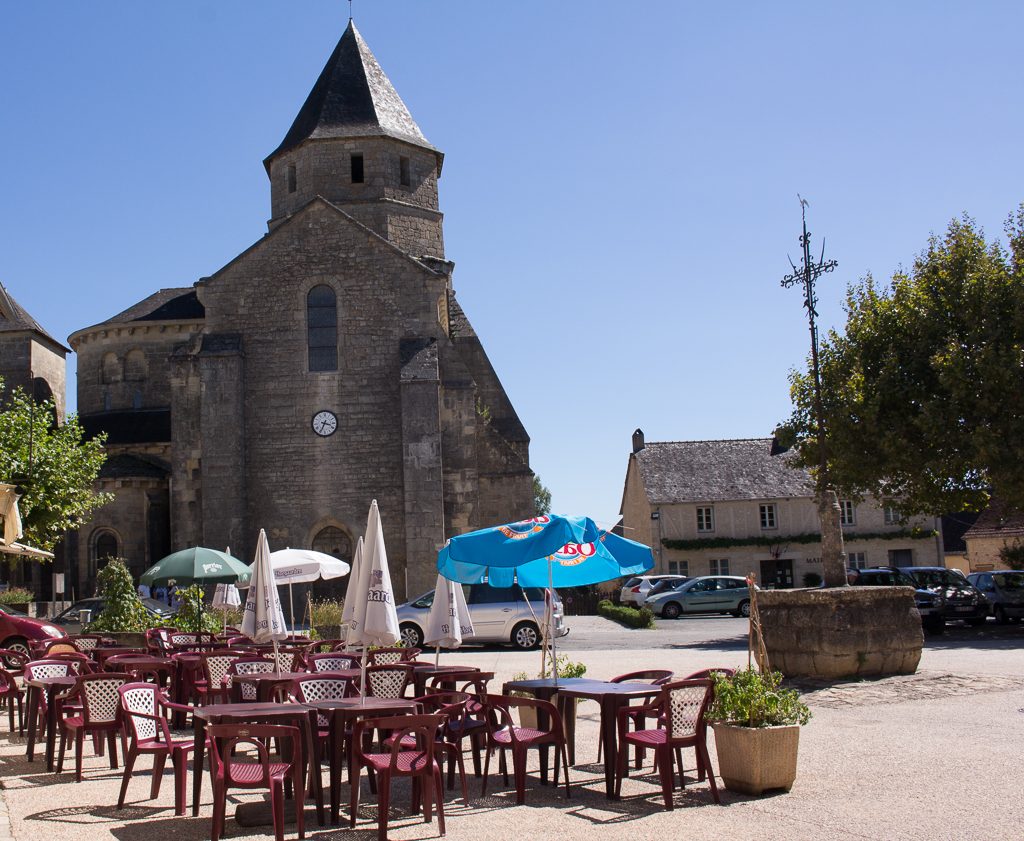 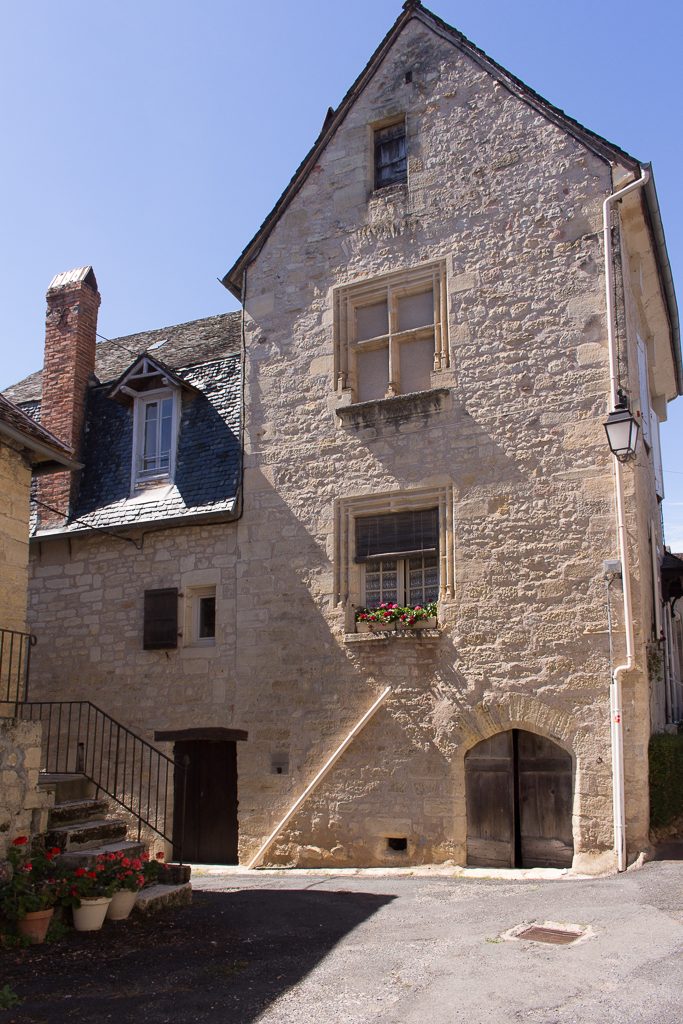 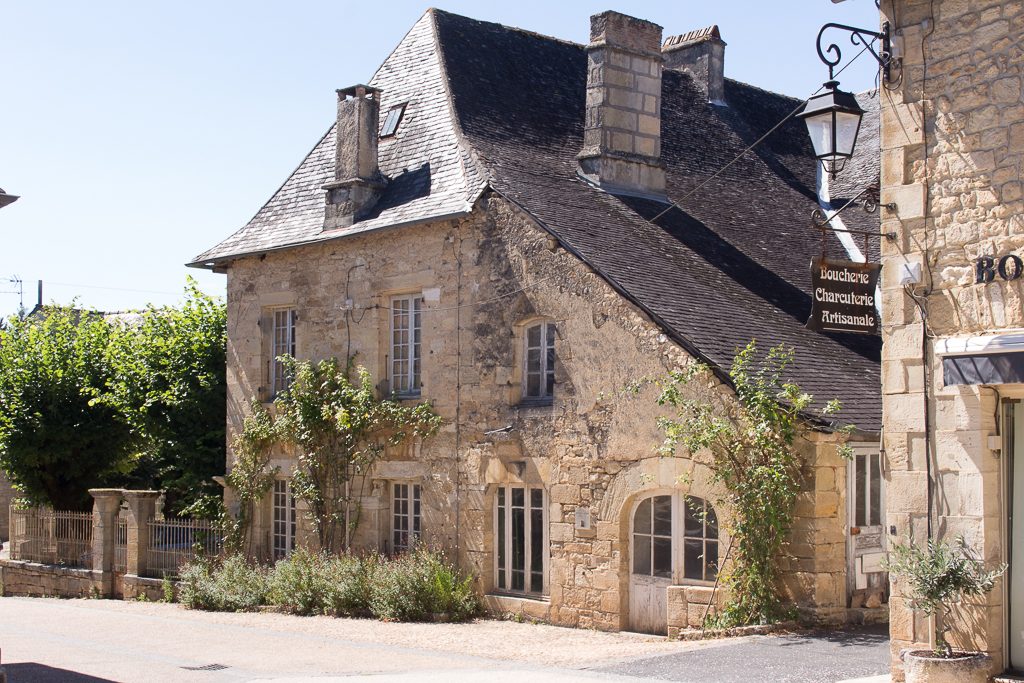 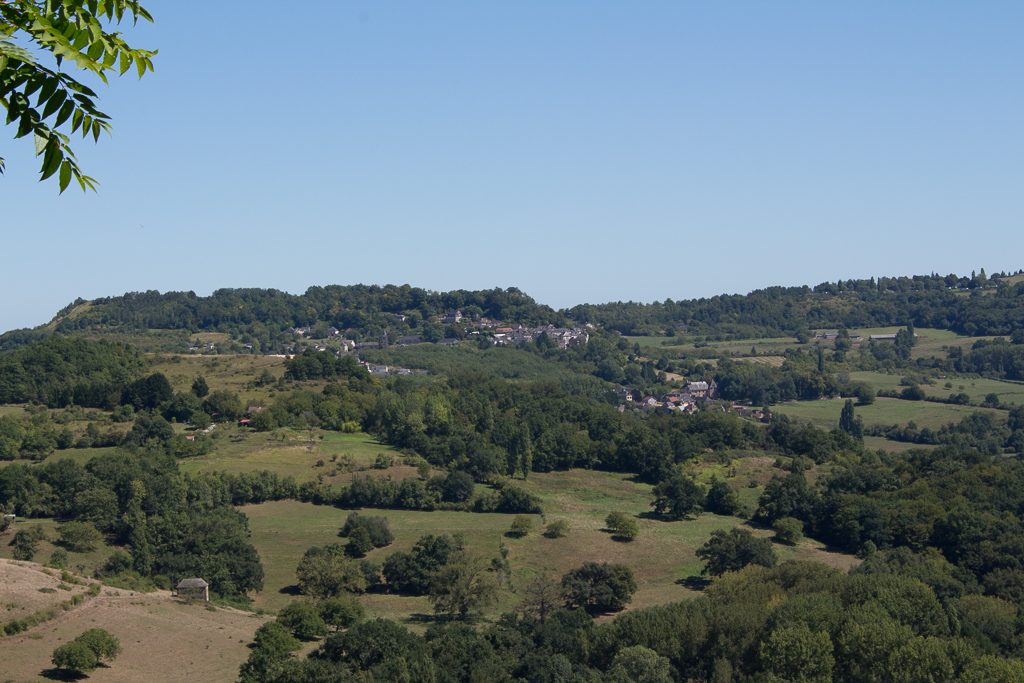 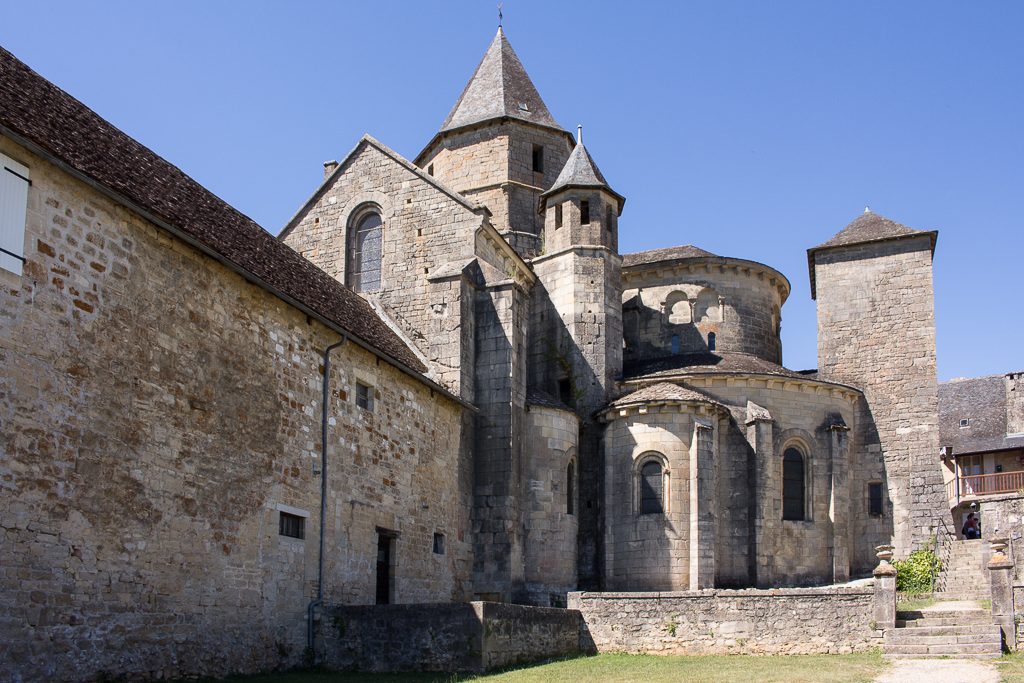 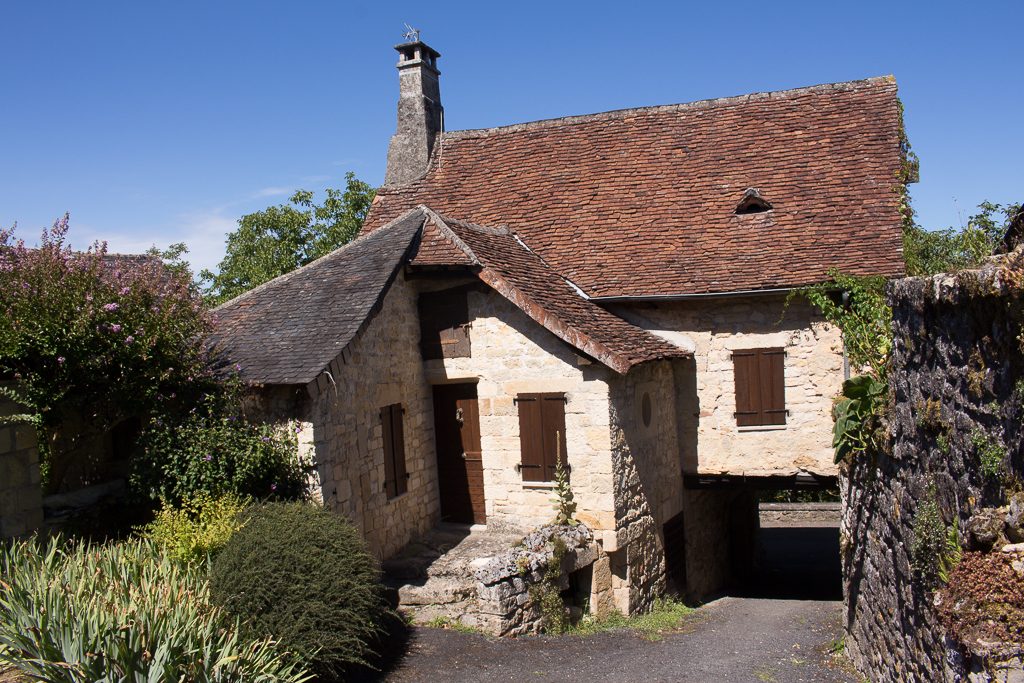 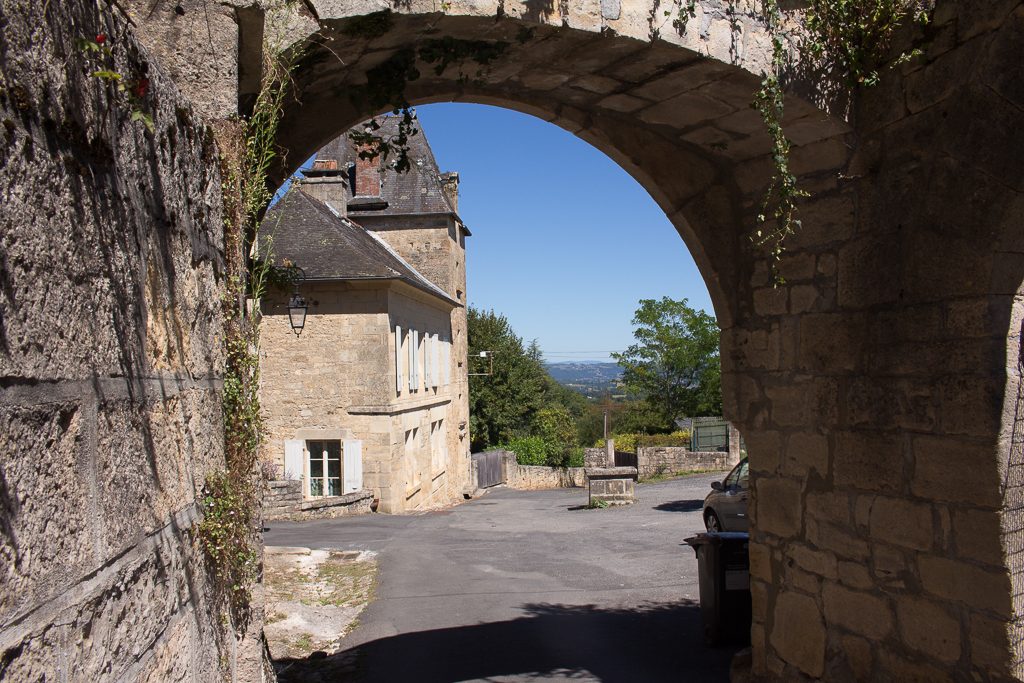 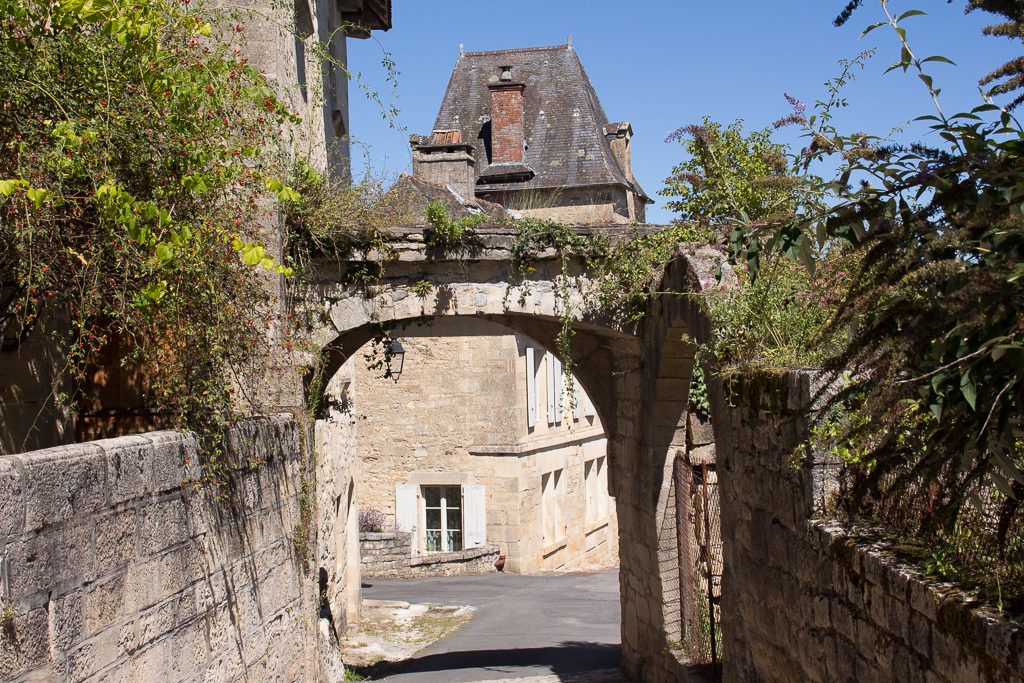 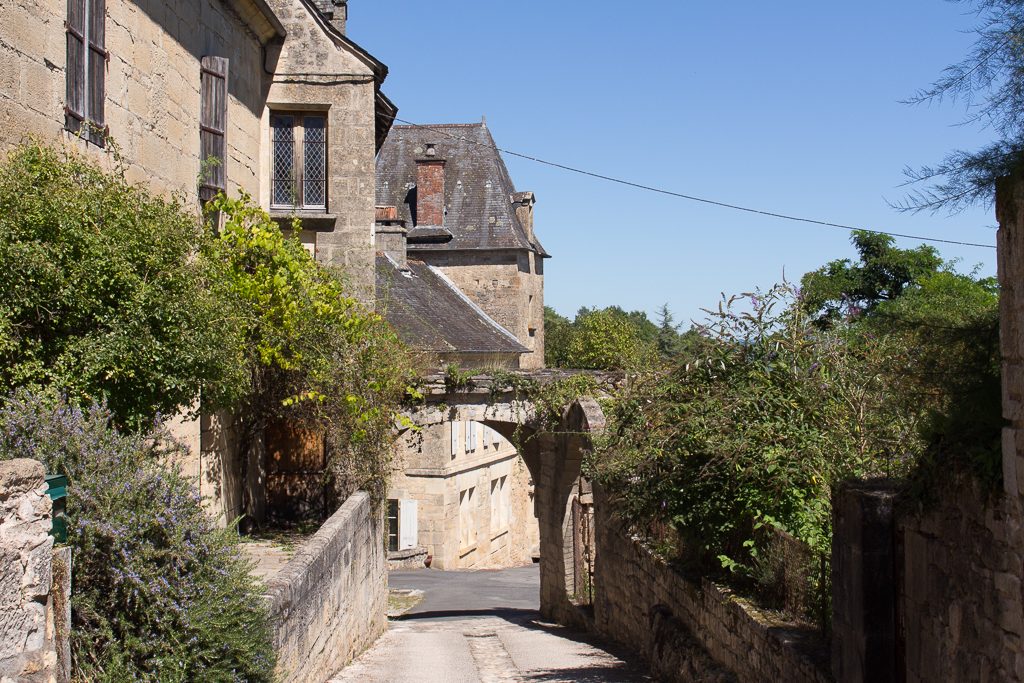 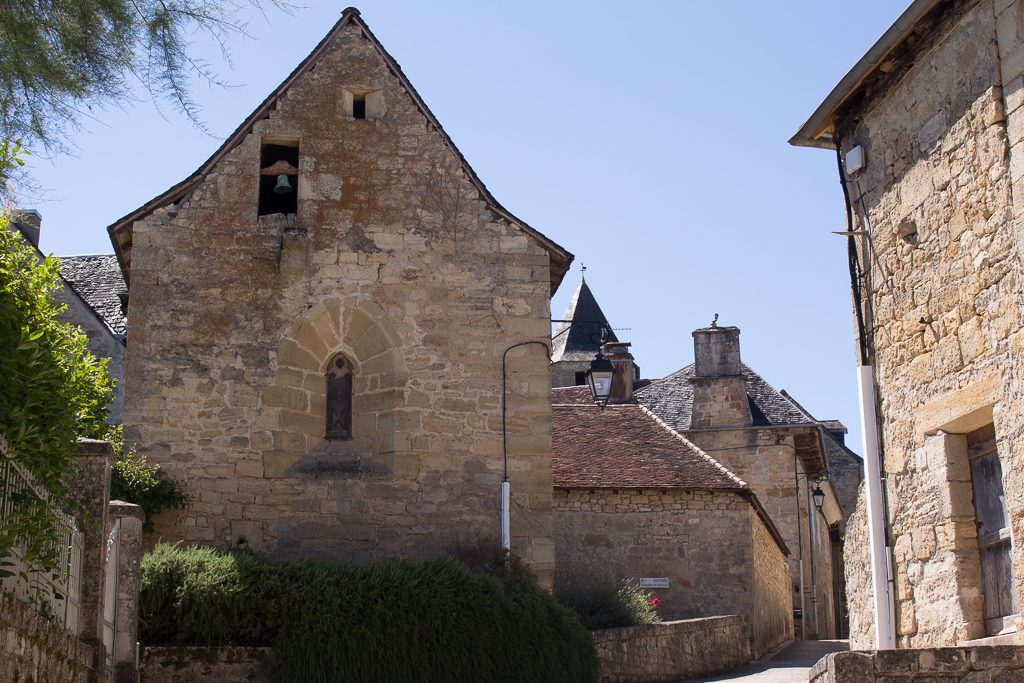 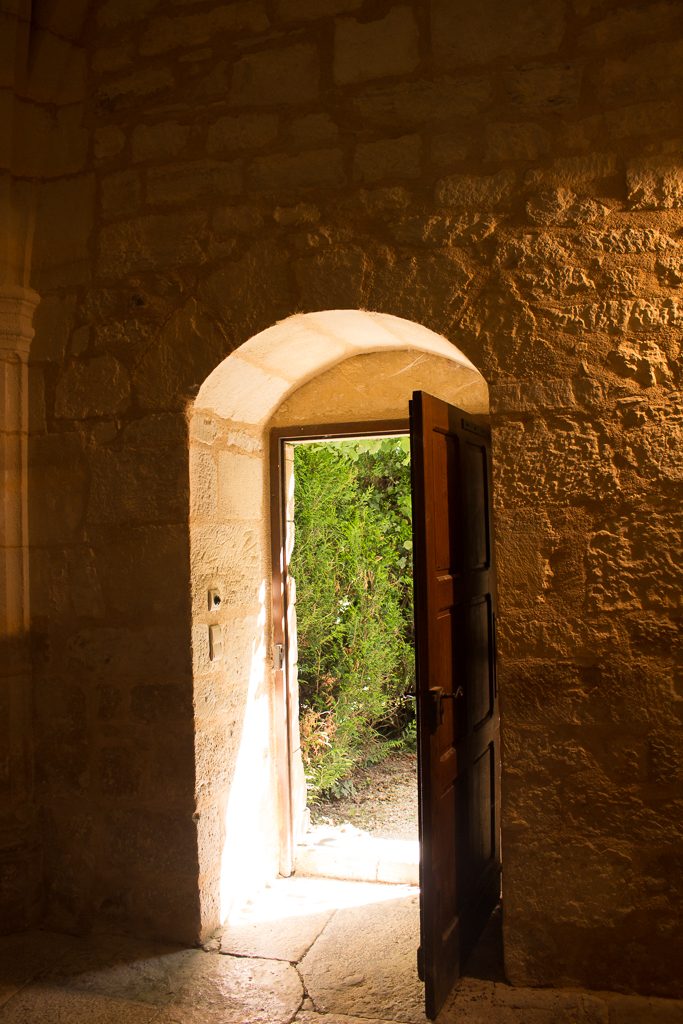 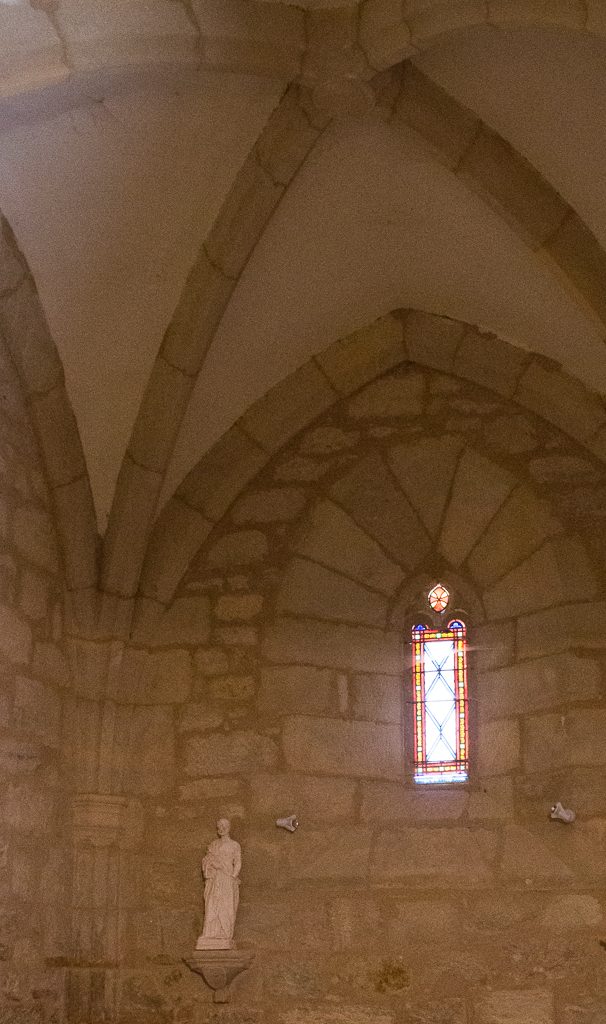 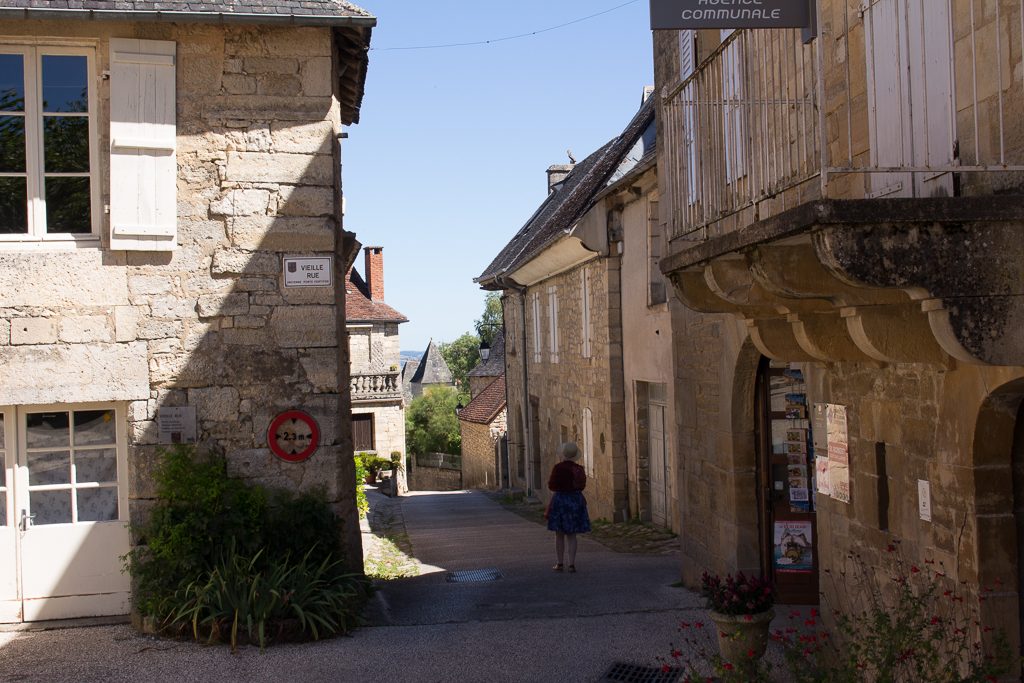 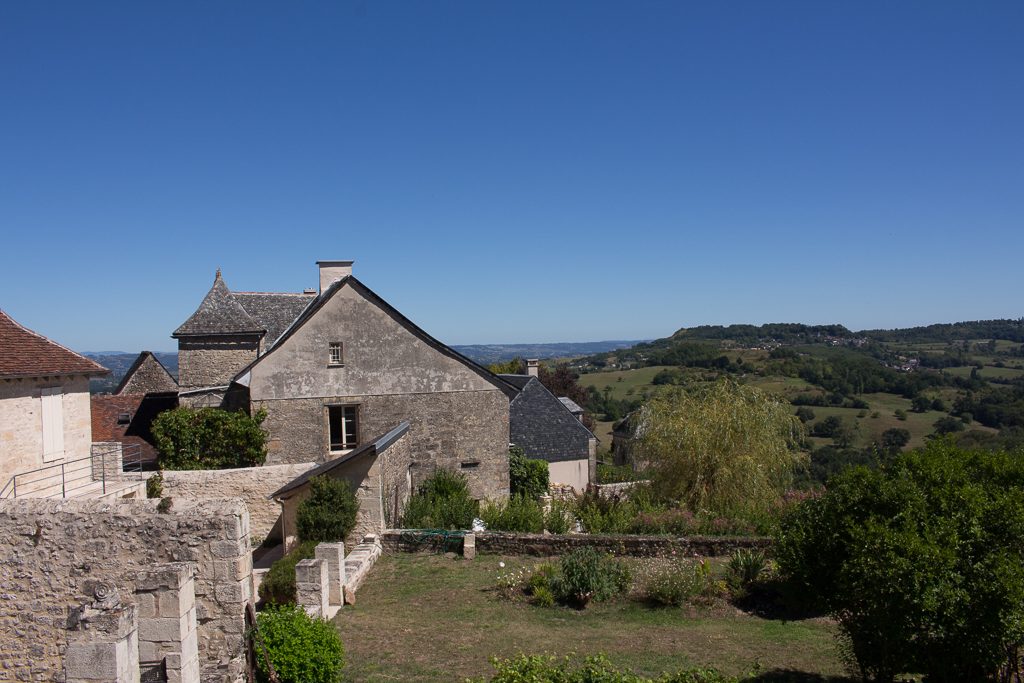 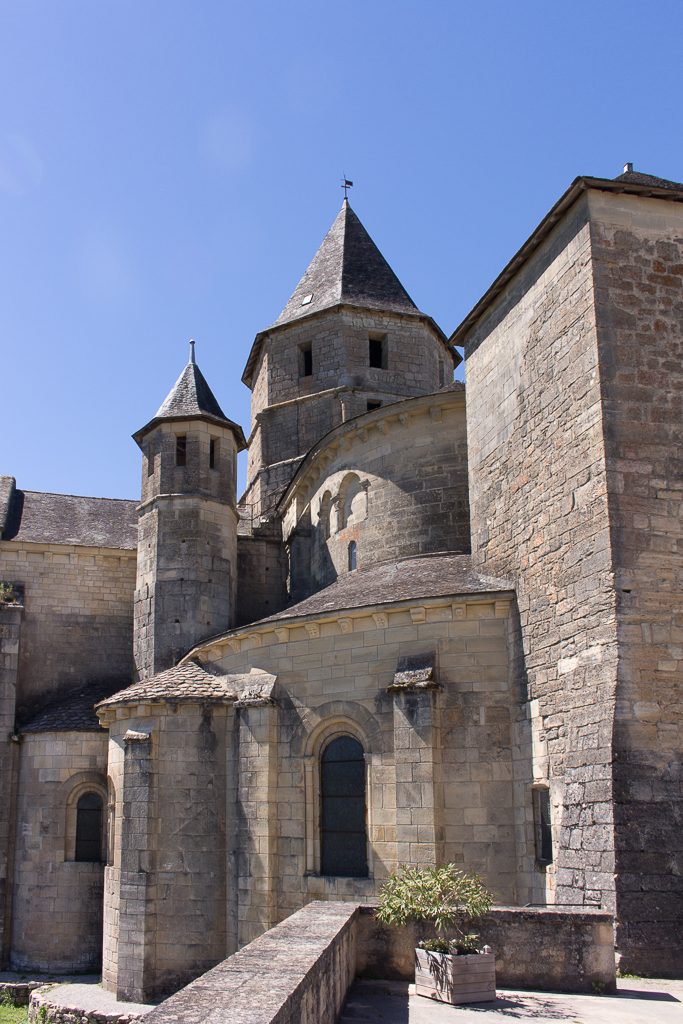 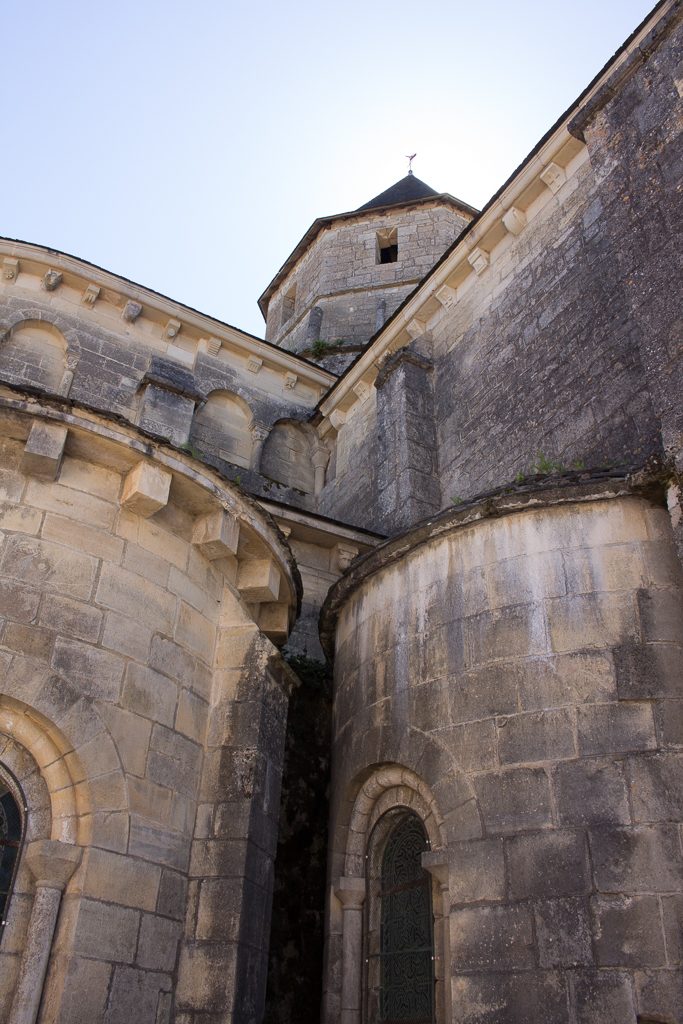 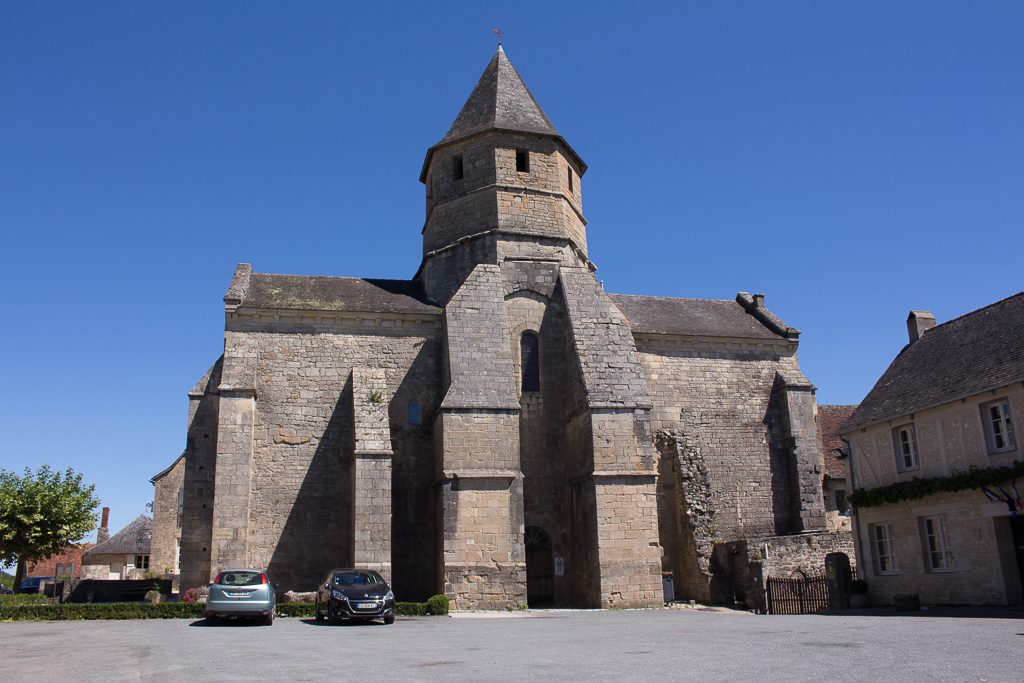 The last couple of days the weather has been lovely with temperatures into the mid-’30s today (34.9C) . However, it’s been a bit of a mixed bag the last couple of weeks and not as warm as you’d expect in the Dordogne in August. Here are a few images to illustrate the mixed weather bag we’ve been experiencing 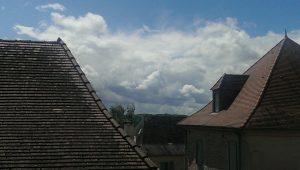 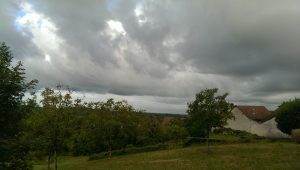 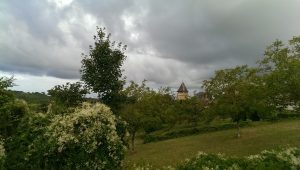 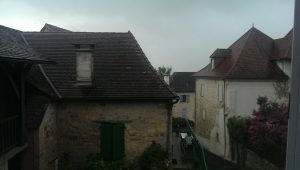 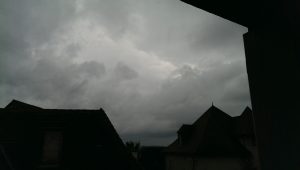 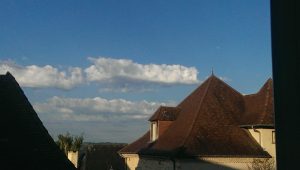 A week or so ago I had reason to visit the cave only to find one of the hot water pipes was leaking. I can’t remember why I needed to go down there, but it’s a good job I did.

The piping is all copper so there was nothing I could do to fix it. If I’d wanted to do a hatchet job and tape it up I’d have had to go to Brive-La-Gaillarde for supplies and it would have had to wait until the weekend. Now it wasn’t a huge leak, but you wouldn’t want to leave it.

So, a plumber it had to be. A quick search on Google located Bugeaud et Fils, Hautefort in Hautefort as the closest plombier. In spite o my lack of French they were very accommodating and were able to send someone the following morning shortly after 8 am, soon the issue was rectified. We’ve yet to find out how much it cost us. Unlike the UK, where you (have to wait for ages for a plumber) have to pay at the time, in France everything is done with “la facture” (the invoice). We’ll have to wait and see.

That was a couple of weeks ago. This weekend has seen us back at the plumbing again. In the kitchen we’ve two ‘points’ to take water for the washing machine and the dishwasher. When we were here in June both of these worked, but for some reason one of them has blocked up meaning I had to pull out the dishwasher and swap the water pipes between dishwasher and washing machine depending on the demands of the day.

This time we did take a trip to Brico Depot in Brive-la-Gaillarde to get plumbing supplies, a Y splitter, and also a new gas pipe for the hob. Today has seen everything pulled out in the kitchen again and the splitter connected to both the washing machine and dishwasher. So far the washing machine is humming away so we’ve only to test the dishwasher and all should be good.

The other job completed today was replacing the gas pipe between the valve and the hob. We knew this would have to be done from the surveys we had before we bought the house. Managed to replace the pipe today, and glue the valve back onto the wall, so now we have a working hob again which gives us another option for cooking.